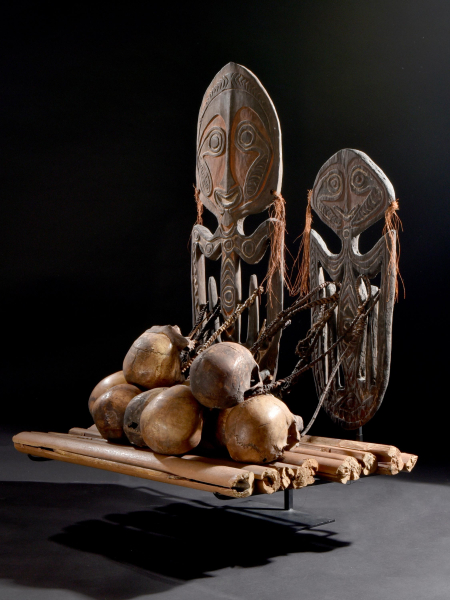 Voodoo - Mounted by the gods
After 13 years of travelling around the glob, the Photo Exhibition "Mounted By The Gods" returns back to Zurich. The exhibition was launched in Colognes Photokina and was in 2003 the largest photo exhibition in Switzerland. The photos were taken over a period of 2 years after the shooting of the film. "The wonderful thing about long-term projects is that I could win my protagonists as friends in this case a very rare opportunity:. Gounon, the chosen high priest of the Voodoo Clans Segbolissa in Ouidah, Benin has not disapperaed over all this years. He has remained a friend. " This coming Saturday we organize in the www.hammerauktionen a true hammer auction: The pictures of the exhibition and selected religious objects will be auctioned. A fixed amount goes to the Goonons Voodoo convent in Ouidah. There is a film screening, followed by a panel discussion with Alberto Venzago, cinemtographer and photographera, the priest Andreas Klaiber and the art dealer Jean David, moderated by Dr. Matthias Ackeret, publisher and editor in chief of "Persoenlich". "I also give most of my collection to the auction. Except a few Grisgris. I surely will keep the protector against plane crashes and those for the eternal erection." Alberto Venzago